Committed to Security, and Why it Matters

The human mind struggles with large numbers. We can easily picture 10 of something, 100 or even a thousand. But a million? One billion? Go beyond a certain point and we start to have issues with processing the data that's being presented to us. It's a phenomenon known as extension neglect.

What does that have to do with content security? Not much, on the surface. But it becomes increasingly relevant when you look at predictions about the rising cost of piracy to the film and television industries. By 2022, they are expected to lose $52 billion in revenues to piracy on an annual basis. That's double the figure for 2016, and doesn't even include sport or pay TV.

To me, $52 billion is the perfect example of extension neglect in action. It's a nice big number, something to point to and say "this is bad". But what does it actually mean?

Well, context helps, of course. Since 2010, the cost of piracy has tracked alongside legitimate revenues in a way that helps us to understand the scale of the problem. In 2017, for instance, legitimate revenues from online distribution stood at around $46bn. The cost of piracy was around $32bn. Put simply, studios could (theoretically) have earned around 70% more than they did if piracy wasn't an issue.

So, yes, context helps. No matter how big online distribution gets, the cost of piracy hangs on for the ride. But that escalation still doesn't point to the real cost.

In 2017, six Irish film and TV studios teamed up to secure a High Court injunction that pushed internet service providers to block their customers from accessing torrent sites and other illegal streaming services. Their argument for doing so was clear: there are 18,000 people employed in production, distribution and screening in Ireland, and lost revenue to piracy pu 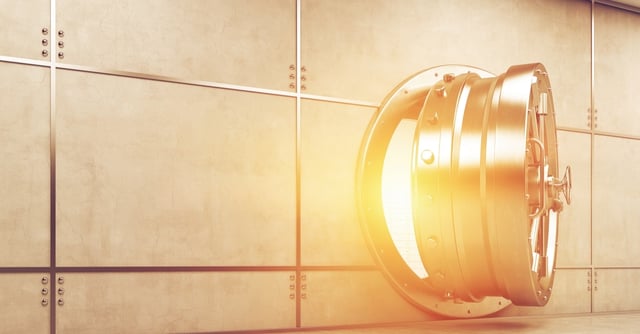 ts those jobs in jeopardy.

There's been a lot written about job losses resulting from content piracy over the past few years. Sadly, much of it has focused on punching holes in some of the estimates coming out of studios and government. Questioning the net impact is one thing, seeking to undermine it is another.

Earlier this week, we announced that Piksel had secured the Digital Production Partnership's (DPP) Committed to Security mark. It's an accreditation that means that, in the DPP's eyes, the Piksel Palette provides our customers with the very highest standard of security for their digital content.

It's an important accomplishment for us, and not just because we get to shout about it in a press release and add a logo to our website. It's important to us because it represents just how seriously we treat the growing threat of piracy to our customers, their businesses and their people.

Piracy is never going to vanish completely. That's just one of the facts of a world in which digital files have become some of the most valuable things around. But that problem doesn't just sit with the people who upload or watch that content. It's up to everyone in the industry, no matter how big or small, and no matter their role, to do everything they can to prevent it from reaching those people in the first place.